This year's was our 10th Kingsbridge Running Day and we wanted to make it special...


This majestic scene at Slapton Sands is typical of the magic achieved, thanks to the efforts of our Supporters, vehicle owners and other volunteers. Free bus services were operated by 43 vehicles - more than ever before - on 24 routes through the glorious South Hams. Visitors came from as far afield as Australia as well as all corners of Great Britain; and, of course, our army of local residents turned out for what we're told has become one of the town's favourite events.

Consequently, we gave a record 6,550 free passenger journeys, each one creating a big a smile and furthering public interest in our transport history.

Not a bad day's work, you might think; but for our Trustees and Supporters organising 'KE' is a year-round operation. No sooner have the vehicles returned to their various bases across the country, we are already reviewing the lessons learned from this year's event, making arrangements for the use of the bus station next year and telling the world to 'save the day'.

For some vehicles, the return from Kingsbridge signals the start of Winter maintenance and restoration, though many have other events still to attend before the end of the season, so any faults or issues developed during 'KE' must be put right. 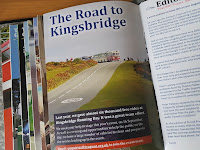 Early in the new year, vehicle entry forms and posters are prepared, programme sponsors are approached and early calls for bus crews and other volunteers are made in our Supporters' magazine To and Fro'. We try to give lasting value to our event programmes by including historical information and articles that will ensure its place on your bookshelf long after the event itself. Many months of hard work go into researching and writing these through the year.

The Summer months are dominated by the mammouth tasks of researching 'new' routes (every one is actually an authentic route from the past or present), creating route instructions for crews, scheduling the free bus services, allocating vehicles and crews and fashioning the timetables you will use on the day to plan your journeys.

The amount of work in preparing the vehicles might surprise you, too. The 'home' fleet alone - those vehicles belonging to Trustees and Supporters which are based locally - comprises some twenty vehicles which must all be fully prepared by volunteers. 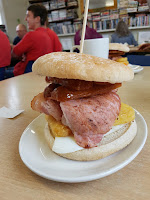 Eight of these require their annual MOT tests in early September, entailing staged departures for eight drivers, the first at 5am, for a 140 mile round trip to our 'local' Class V test station in mid-Devon. (1,120 bus miles in total!) The promise of participation in the annual drivers' breakfast at Sourton Services acts as an incentive, but only for those who pass their tests...

Pre-1960 participants may be exempt from MOT, but to ensure the highest safety standards at Kingsbridge we require these buses to undergo a full fitness inspection by a qualified tester. For the 'home' fleet these inspections are carried out locally, while visiting vehicles must show documentation to confirm they have been inspected. We also collect evidence of suitable insurance, taxation and driver qualifications for every vehicle and driver taking part.


For some vehicles, preparation includes heavy maintenance or repairs, either carried out on site or elsewhere. This year, four vehicles each made the 400 mile round trip to our Berkshire base to ensure they would be ready for 'KE', each individual move requiring a full day, a tank of diesel and sometimes a low-loader plus crew. And pasties... 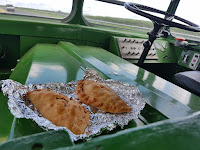 The two months leading up to Kingsbridge involve many more tasks than you might imagine when you're enjoying the big day. Every volunteer receives a detailed instruction pack which must be individually prepared and distributed. Programmes must be completed and printed in time for pre-orders to be satisfied, and stocks must be distributed to the local Tourist Information Centres who experience great demand from local people.

Arrangements for accommodation and catering must be made, not just for the volunteers over the weekend itself but also the various work parties in the immediate run up to the event. Pre-orders must be taken for the post-event volunteers' dinner. Hundreds of sandwiches and revitalising cups of tea are made and consumed during preparations - this year, some of the cake and bread was even baked by volunteers!


Many vehicles travel long distances to take part in 'KE'. Some are brought by their owners for the weekend, others are loaned to the Trust for the duration of the event, and these must be collected and returned by volunteer drivers. This year, Albion Nimbus SN 839 (XTA 839) was ferried from Bristol and SUS4A 603 (675 COD) was collected from Herefordshire. We are grateful to all owners for allowing their buses to take part and for generously covering the cost of the fuel used by their vehicles.

During the last few days of preparation, fuelled by adrenaline, every participating vehicle is washed and dried externally, hoovered and mopped internally, windows are cleaned and appropriate destination blinds from our archive are installed. Uniforms are allocated to volunteer crews and ticket machines are issued to conductors from our growing fleet of working Setrights.

Despite a demanding build-up during the days, weeks and months preceding the big day, our volunteers somehow always find the energy and enthusiasm to put on a spectacular show like no other for our thousands of grateful visitors.

We send our thanks to each and every one who helped to make our 10th 'KE' so special.

If you'd like to get involved with planning and delivering our events, there's plenty to do - as you can see! Tasks big and small can be found to suit all skills. Visit our Supporters' page for more information on how to get involved with the Trust, and sign up online.
Posted by TVaGWOT Blog at 12:16